It's fun to discover family photos among our own collections or in collections that belonged to our parents or grandparents. We always hope to find the photos already identified, but sadly, there are always some photos totally unidentified. This photo is an example of the saddest type of unidentified because only the photo itself remains in tact. Anything was used to be on the outside edges of the photo card-stock is gone, cut away for unknown reasons. Maybe facial recognition will help. A date based on the clothing worn by the young lady might also help. With the ability to easily share the photo with thousands of other people, maybe someone will recognize this young lady! 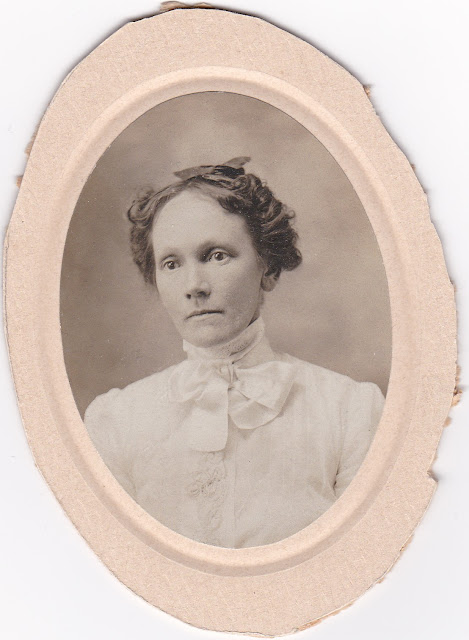 Posted by Fran Jensen at 2:00 PM No comments:

My Erskine Family's Service in WWI and WWII

Thomas Erskine registered for the draft in World War I. During the war years he was the local deputy sheriff and auditor in Minnesota where he lived with his family. Thomas had two sons:


Edward Simon Erskine served as SFC in the US Army during World War I with the US Army Air Corp. He registered for the Draft in 1917 and 1942.

Melvin Cyrus Erskine served as PFC, US Marine Corps, World War I and both he and his wife Salome were buried at the Quantico National Cemetery in Virginia. Draft registration not linked as a hint on Ancestry. Do a search for it.

Bruce Clayton Erskine 1902-1986. In the 1930 census he was not listed as a veteran. This evidence confirms he did not serve in WWI, but it's still possible that he served in WWII because the second war occurred after the 1930 census.

Nick Curtis and his sons 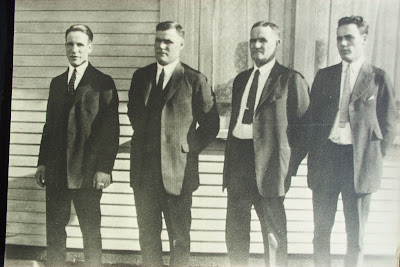 William Rushmer Curtis, aka Nick, proudly stands with his three boys. Date unknown. Please add a comment to this post if you know anything about the event that brought father and sons together for this photograph. From left to right are:
Delbert Canfield Curtis
Rushmer Guy Curtis
William Rushmer Curtis
Reed Josiah Curtis
Posted by Fran Jensen at 5:09 PM No comments:

There was an article published on 10 August 1862 in The Grand Haven news titled, "The Mounted Riflemen." Benjamin was mentioned in the article as being one of 40 men to enlist in the Civil War:

"Capt. A. C. Litchfield is succeeding well in recruiting his company of mounted riflemen. In less than a week after receiving his commission he raised 40 men, and will doubtless succeed during the present week in furnishing his full quota. Offices for recruiting are open at this place, Lamont and Grand Rapids. The following persons have been recruited by Geo. Luther, Esq., at Lamont:

Benjamin enlisted at Lamont and he was from Tallmadge. 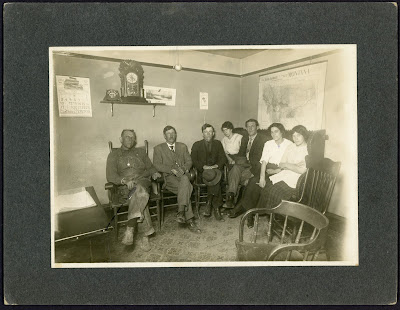 On the wall is a calendar and May 1914 is the month and year. On the opposite wall is a big Montana map. We want to find out who these people are and where this photo was taken. On the back of the photo is a small clue, the names "Lou, Grace, Mother" are written along with another word that cannot be read. I believe the names are referring to sisters Lou Curtis, Grace Curtis, and Florence Curtis. Can anyone positively identify the ladies and maybe even some of the men? Does the room they are in look familiar to anyone? Maybe an employee break room at one of the railroad stations that Clifford Brown worked at. 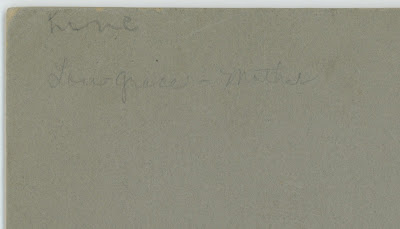 Posted by Fran Jensen at 6:11 PM No comments:

By default, content is copyrighted. Refer to The Legal Genealogist for quick answers to your copyright questions.